You are here: Home / Music / #FollowFriday – The Dalila Robin Show 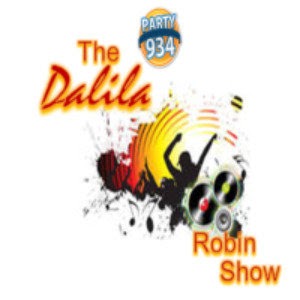 Twitter is a double edge sword.  A recent poll shows that only 78% of tweets are actually read! So that means my rants about my kids fussing, the miscellaneous bible quotes and my re tweets are sometimes ignored.

Recently, I had the pleasure of meeting in the flesh a Twitter friend.  Last Sunday while waiting to get in to see President Obama, I saw a person who looks JUST like her Twitter picture.

Tentatively I approached, and asked if she was who I thought she was.

It was Dalila Robin, host of the head nodding Dalila Robin Show!  For those stuck on Pandora, Dalila hosts a show on Party934.com.  Party 934.com is a multi genre station with no set formula.  They talk about anything and play anything.  I’ve listened to the station and never felt disappointed.  It’s a really nice mix of music and talk.  Not too much of column A or Column B. It’s like 3 Chicks on Lit.  You feel like you’re listening in on good friends chatting.

Catch her show Mondays and Tuesdays from 7-9AM and Thursdays from 10-11PM.

You won’t be disappointed.

Seven For Sunday: The Seven Deadly Sins and Me
Sesame Street:Song: I Love My Hair