You are here: Home / TV / PBS POV: Kingdom of Shadows

The U.S.-Mexico drug war continues to rage, engulfing not only the border states of both countries but also entire regions of southern Mexico. It has claimed thousands of lives—27,000 people have disappeared since 2007—and devastated countless families.

Yet for most Americans the carnage is not top of mind. Bernardo Ruiz’s Kingdom of Shadows illuminates and humanizes the conflict by following the lives of three people—a U.S. drug enforcement agent on the border, an activist nun in violence-scarred Monterrey, Mexico, and a former Texas smuggler—who provide distinct but interlocking views of the crisis. Ruiz’s unflinching, unsettling and ultimately inspiring documentary has its national broadcast premiere Monday, Sept. 19, 2016 at 10 p.m. on PBS’s POV (Point of View), following its domestic release by Participant Media, which handled theatrical and digital on demand distribution in North America. Now in its 29th season, POV is American television’s longest-running independent documentary series and the recipient of a 2013 MacArthur Foundation Award for Creative and Effective Institutions.

Kingdom of Shadows will air with Theo Rigby and Kate McLean’s short filmMarathon, about Julio Sauce, an undocumented immigrant who competes in the New York City Marathon. The film is part of Immigrant Nation, an interactive storytelling project designed to collect immigrant narratives and share them with the world.

In Kingdom of Shadows, Ruiz, whose Emmy®-nominated 2013 POV documentaryReportero investigated the impact of drug-related violence on journalists, focuses on the lives of Sister Consuelo Morales, who advocates on behalf of families who have lost loved ones to dealers or security forces; Don Henry Ford Jr., a former smuggler; and undercover agent-turned-senior Homeland Security drug enforcement officer Oscar Hagelsieb, who grew up in a drug-ravaged borderlands neighborhood. 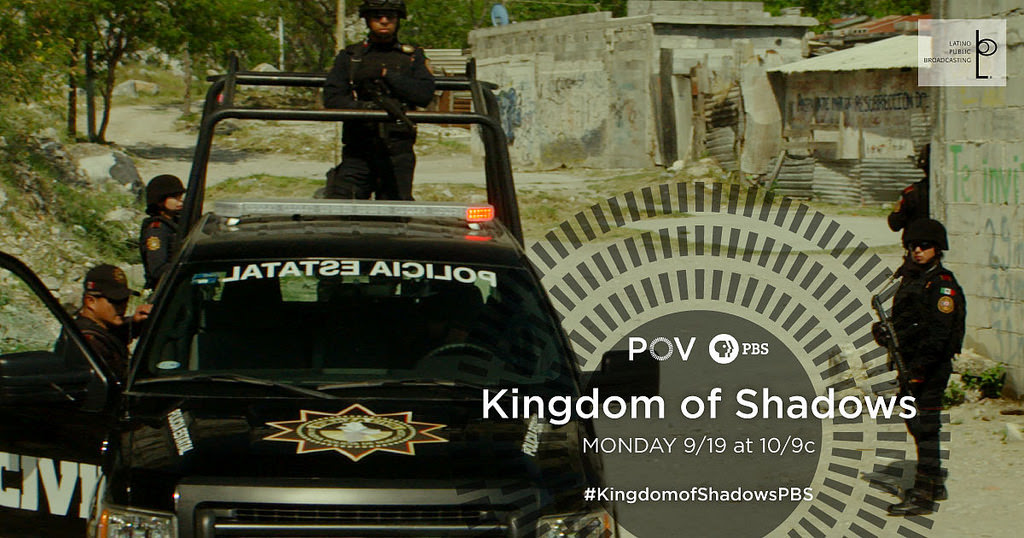 The film opens with a newscaster announcing the grim discovery of “49 mutilated bodies,” and that is soon followed by reports of a mass grave holding 6,000 remains of drug-war victims. The stage is set for the introduction of Sister Morales, who is based in the devastated city of Monterrey and is the embodiment of hope in a seemingly hopeless situation.

“Without prayer I wouldn’t be able to cope,” she says calmly. Stoic and unflappable, she is a tireless advocate for the families of people kidnapped—or “disappeared”—by drug cartels or the security forces that are often in collusion with the cartels. She quickly dismisses any praise for her efforts. “The important ones are the victims,” she says, adding that they are kidnapped “to terrorize us.”

“Sister Morales is really the heart of the film,” Ruiz says. “She’s this extraordinary person who helps families whose loved ones have gone missing. She pushes the state government to actually do something and get some kind of justice.”

This is dangerous work for both Sister Morales and the families who come forward to report missing relatives. Filing a report sometimes leads to the reporting parties being kidnapped. Few perpetrators are brought to justice. “Mexico has a very weak judicial system where 93 percent of all major crimes are never prosecuted,” Ruiz says. “Stepping out of the shadows to say, ‘We want justice’ is a really big deal.”

No one knows that better than Hagelsieb, who rides into the film on a Harley-Davidson. The heavily tattooed Homeland Security officer operating out of El Paso, Texas, knows first-hand the temptations presented by the drug cartels. Many young men in the borderlands, he says, have few opportunities. The prospect of quick money often proves irresistible. Peer pressure also plays a part. “If he’s doing it, why shouldn’t I do it?” Hagelsieb explains.

Former smuggler Ford was one person who found the lure of drug money irresistible in the 1980s. “I jumped in head first,” he says, though he adds that he usually restricted himself to smuggling loads of marijuana in the 200-pound range. “I wasn’t a big-time smuggler.” Yet he was eventually arrested and did five years in prison. “He started smuggling before widespread electronic surveillance,” Ruiz explains, “sometimes just transporting marijuana on the back of a mule. Of course it was dangerous, but by comparison it was a less violent and different type of trade back then.”

The trade, and violence, exploded with the emergence of the cartels, including Los Zetas, founded by an elite group of soldiers who defected from the Mexican military. Corrupt officials are also in on the action. “Today you have paramilitary groups and widespread collusion with the government,” says Ruiz.

The film includes beautiful landscape footage, which offers a stunning contrast to the constant human misery underway along the border, including beheadings and the incineration of victims’ bodies in “narco kitchens.” In the documentary’s most horrifying segment, a masked cartel member explains how it’s done. “Five gallons of diesel will disappear you off the face of this Earth.”

Yet there is hope. “Probably the most important point that we make in the film is that there are people like Sister Consuelo who labor invisibly in corners of Mexico, doing their work and pushing for reforms,” Ruiz says. Both Ruiz and Hagelsieb say America’s appetite for drugs fuels the crisis. Ford laments mandatory minimum sentences that fill federal prisons with nonviolent drug offenders. Drug legalization in some U.S. states lessens demand for Mexican marijuana, though the market for methamphetamine remains large.

One of the most profoundly moving segments in a film with no lack of emotional impact is a series of close-ups of women and men who have lost family members to kidnapping and murder. “The thing that hit me the hardest was when we filmed these women looking straight at the camera,” Ruiz says. “Those moments were heartbreaking, because you could see the pain written on their faces. But it’s also hopeful, because you sensed this defiance and pride and dignity. To me, that attitude is emblematic of what’s happening in Mexico right now: People are fed up. These women were willing to share their stories because they’re hoping for some kind of change.”

About the Filmmaker: Bernardo Ruiz, Writer/Director/Producer 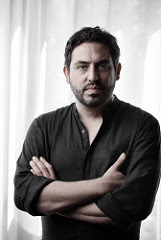 Bernardo Ruiz was born in Guanajuato, Mexico, and grew up in Brooklyn, N.Y. His directorial feature debut, Reportero(POV 2013), about attacks on the press in Mexico, was nominated for a 2014 News and Documentary Emmy® Award and premiered at Full Frame (U.S.), IDFA (Europe) and Ambulante (Mexico). New York magazine called it “a powerful reminder of how journalism often requires immense amounts of physical and psychological bravery.”

Ruiz founded Quiet Pictures, a New York-based production company, in 2007 in order to produce independent documentaries. Through Quiet, he created and executive-produced the two-part bilingual PBS series “The Graduates/Los Graduados” for PBS’sIndependent Lens. The series, about the lives of six Latino and Latina students, was funded by the Corporation for Public Broadcasting as part of the American Graduateinitiative. Edutopia called it a “winner that should be seen by as many students, teachers and parents as possible.” Ruiz also wrote, directed and produced American Experience: Roberto Clemente (PBS 2008), which was awarded the NCLR Alma Award for Outstanding Made-for-Television Documentary. Previously, Ruiz co-produced The Sixth Section/La Sexta Sección (POV 2003) about the transnational organizing efforts of a group of undocumented workers, winner of the best short documentary award at the 2003 Morelia International Film Festival. Most recently, Ruiz has collaborated with the Investigative Reporting Program at the UC Berkeley Graduate School of Journalism as a filmmaker in residence.

Kingdom of Shadows is presented by Participant Media in association with Boiling Pot and Quiet Pictures. It is a co-presentation with Latino Public Broadcasting (LPB).

Julio Sauce came to the United States from Ecuador 15 years ago searching for a better life. Living undocumented and struggling to make ends meet, he runs 80 miles a week to train for the biggest race in the world, the New York City Marathon. After years of dedication, sacrifice and sweat, Julio lines up to compete against the globe’s elite runners in an attempt to be the fastest man in his adopted city.

Theo Rigby is a director, cinematographer and interactive storyteller in San Francisco whose recent work has focused on immigration in the United States. Two of his short films have aired on POV: Sin País (Without Country), winner of a Student Academy Award® (2012) and The Caretaker (2015). Kate McLean, who produced and directedThe Caretaker with Rigby, is a writer, producer and filmmaker in San Francisco and a graduate of the University of California, Berkeley, Graduate School of Journalism.

Recently, Raya was told she is chill deficient. That is not for dispute. She's also a coffee addict, bacon lover, Batman crazy, knitter, tablet hoarder and other things that can be found on her About me page.