What’s with ABC and twins? First the Damons on Desperate Housewives now on Pushing Daisies Ned’s half brothers are twins.

After a two week hiatus, we rejoin the Pie Hole gang getting treated to a Magic Show by Ned’s Doublemint brothers. It seems Ned’s daddy also abandoned them.

What’s up with Chuck’s outfit at the show? Usually Chuck is tight but this outfit…did she shop at Drabby Gabby’s house? Although I’m feeling the boa.

Olive is too much. She needs to join Patti and Victor on their own channel. Devilishly delicious indeed.

Ho ho Fred Willard! And a magician at that. How can ABC not renew this show?!

Is that Bill Doughtery as the visitor to Lillian and Vivian? Pushing Daisies is rocking tonight.

Can I be Aunt Lily when I get old? A boozing, bitchy one eyed dame? That must be the life.

Random comment from the teen : This show is crazy!

An aside: How does one become a magician? Is there a school you enroll in or a class you take? Midterms and Finals to study for?

In a nutshell: this week the gang gets reaquainted with Ned’s baby brothers and investigate the death of the Great Hermann. Hilarity at its best.

Best Line: Emerson after Ned’s long lost twin brothers present tickets to their magic show “Where did I put that rat’s ass I could give.” 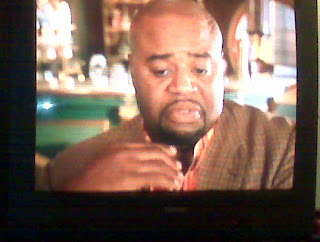