Three day weekends ALWAYS screw me up.  Despite the fact that The Mister and I still cringed over the antics of the people on Intervention, I still get messed up when my week starts with Tuesday.

And I do own a calendar.

Saturday was kind of a downer.  A friend and colleague laid her mother to rest.  Attending mass at school with The Boy is not the same as attending a funeral.  There’s way more singing and a whole bunch of incense.  Asthmatics, beware.

Tebow was shown what a quarterback REALLY was when Tom Brady whipped up on him and the Broncos. Poor Tebow:

Sunday I took The Boy to church with me, and he managed to stay awake. was church. The Good Reverend Doctor has been on a roll.  This week he preached from John 8: 2-11, the title of the lesson “Where are Your Accusers?”  The gist of the lesson was about the woman who had been accused of adultery and the men who wanted to stone her for her crimes.  In our lives, there are two types of people: Net Casters or Stone Throwers.  Jesus was/is a net caster.  He cast out for lost souls, hurt hearts, and broken souls.  Stone Throwers are the opposite.  They like to remind you of how you USED to be, or grab on to a mistake and not let you forget that you are human.  Like the men ready to stone this poor woman, stone throwers bend make the law bend for themselves rather than bend themselves for the law.  His point was that we ALL mess up.  But Christ doesn’t condemn, He forgives.  That was deep stuff.

Sunday afternoon the kids and I made videos.  I promised I wouldn’t post them because as they both say “Does EVERYTHING have to go on your blog?!  GOD!!!”   The videos were us fooling around, having fun.  The cats even joined in the action.

Monday, Mittens discovered something that fascinates her more than sneaking out of the house: the flushing of the toilet. 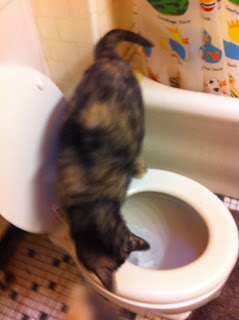 Which led to a round of:

After shooing the cat from the bathroom…privacy much? We headed downtown with The Cubs to do our MLK day of service at the African American Museum in Philadelphia. This place has changed TREMENDOUSLY since I last visited and I am definitely going back to peruse the exhibits.  They had a scavenger hunt to expose the children to the museum, then showed a brief but powerful film about the life and work of Martin Luther King.

As a child, MLK day meant coloring a picture of him, writing the words “I have a dream.” and hearing about the bus boycott.  We were woefully under taught.  Yesterday, I had an a-ha! moment as I watched the film and all that he accomplished.

The feelings I have I KNOW will not do justice in a weekend rewind.  So I will definitely do a dedicated post to what I learned.  What struck me was how enslaved we still are as a people, as a nation.

Let me add some levity.

Here’s the Phillie Phanatic in his funky costume.  The Phillies charge TOO much not to be able to afford some damn Febreeze.  He was funky, not Chaka Kahn funky, but I need some air funky: 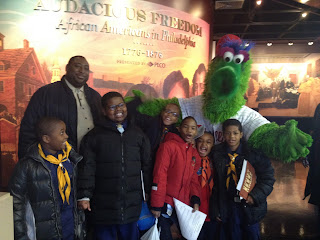 The Phanatic trying to kiss me.  Unless it was Ryan Howard in that suit, no thanks. 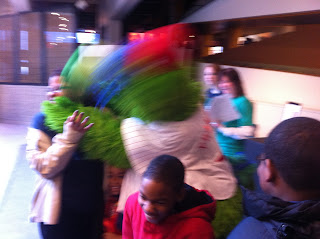 Sleeping Beauty showed how she spent the rest of her evening: 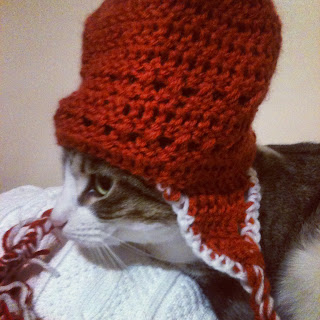 And how was YOUR weekend?

Bloggy Dare, Day 18 What's Your Function?
And Reviewing As Herself...