If it’s Saturday, it must be scouts…

Due to other obligations, I hadn’t been to scouts since September.  Upon my return, Pack 16 collected food for the less fortunate.  I was surprised at the amount of food we collected.  People rushed out of their homes to make sure we got their donation.  It was heartwarming to see the boys running to be the first to “score” a bag of goods.

A new obsession.  It’s something strangely intoxicating about watching coins fall off of the edge.  Whenever we go to Chuck E. Cheese or Dave and Busters I can be found plunked in front of these machines.  It’s simply a coin pushing a group of coins over the edge to generate more coins.  I found myself waking in the middle of the night to tap just “one more coin.”

My first glimpse of Occupiers.  After writing a post about it, it was wild to see them in action.

The National Acrobats of the People’s Republic of China at the Kimmel Center.  Thanks to Twitter, I snagged two tickets to see this performance.  The Teen was my date.  Originally I planned to take The Boy, but decided that he would see this show and decide to duplicate the performers.  A trip to the ER is not in my immediate future.
More pictures from the show:

Krispy Kreme Philadelphia:
After the performance, The Teen and I hiked it over to 15th St to grab some doughnuts.  They were quite delicious. 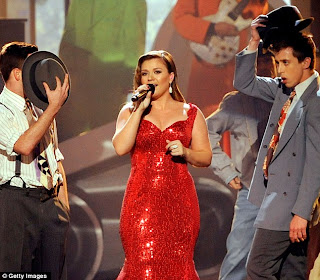 Twitter was buzzing about Kelly Clarkson.  Someone said she looked like she ate Marilyn Monroe, another person said she looked like a fat Jessica Rabbit.  I thought she looked like a sparkly sausage casing. Kelly has curves.  Kelly is a thick chick.  Kelly is a member of #teamchunk.  Then act like it!  Wear clothes that flatter.  One twitterer did note that people spent more time commenting on her weight than her talent.  Sadly, I was one one them.  Which led me to think about weight and how it affects me.  As I ate another doughnut.